Britain's economy had a good period during EU membership

The chart shows how UK's growth rate changed during the periods of 1961 through 2017 compared to the average growth rates of France, Germany and Italy. Britain joined the EU in 1973 and has had a positive growth rate with respect to these economies, except between 1989 and 1992.

The numbers were obtained by subtracting the average growth rate of France, Germany and Italy from Britain's growth rate for each year.

Change in death rate due to lung cancer across the US 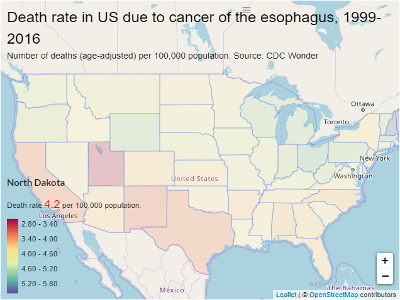