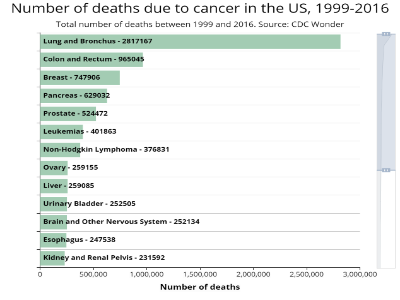 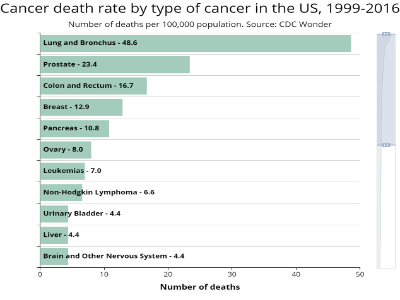 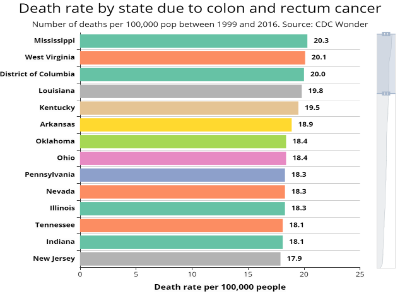 Death rate by state due to colon and rectum cancer