Deaths due to Chlamydia by race/ethnicity in the US

Black Americans had the highest death rate in the US due to Chlamydia between 1996 and 2014 of 896 deaths per 100,000 population, followed by American Indians (or Alaska Native) at 519 deaths and Hispanics at 320 deaths. The average for US as a whole for the same period was 314 deaths per 100,000 so Black Americans face death about thrice as the average american due to Chlamydia. 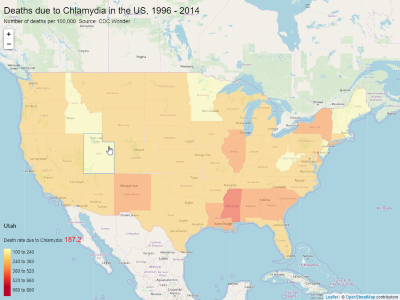 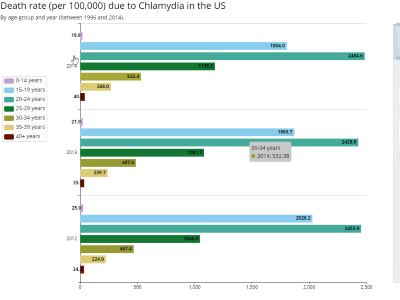 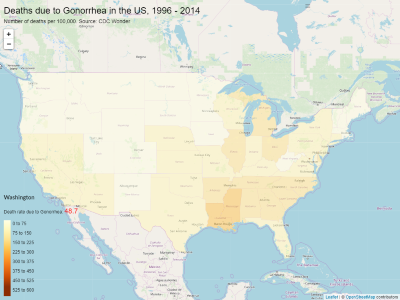